California Congressman Tom McClintock arrives at the Truckee Tahoe Airport for a private, closed-door meeting with the Contractors Association of Truckee Tahoe (CATT) in Truckee, California, on Tuesday, August 22, 2017. Approximately 50-60 protesters were on site. According to several local-area residents in attendance, they have been requesting a town hall meeting with McClintock for approximately two years without luck. Protester Paco Lindsay said that the protest was "in no way a reflection at all on CATT." McClintock represents the 4th district of California. 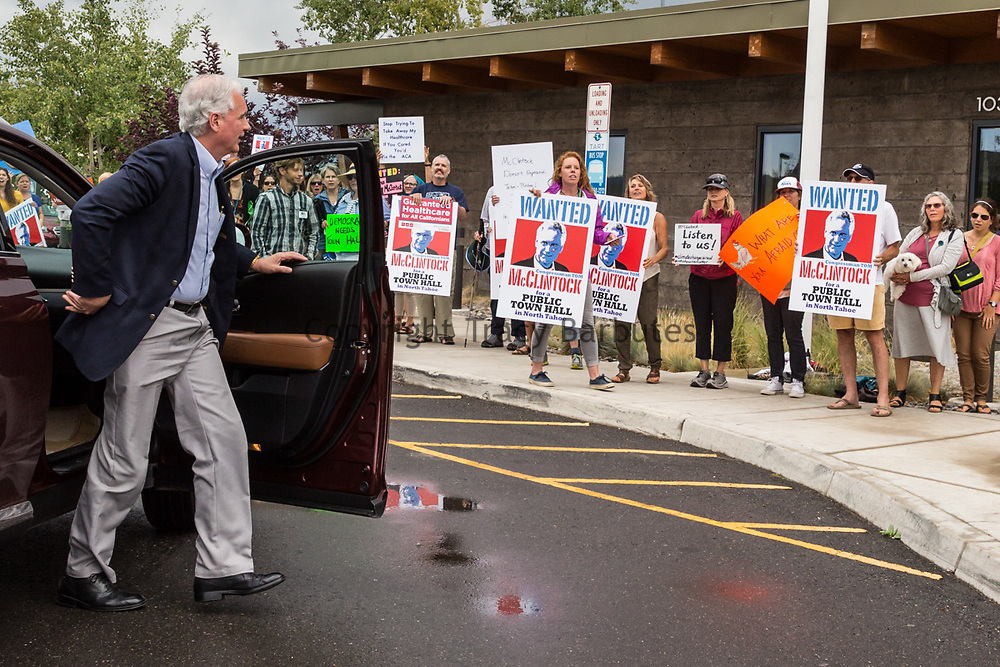