Kali Disparte looks through the carnage of the Donnell Fire at the Clark Fork campground in California’s Stanislaus National Forest on Thursday, August 16, 2018.

The 24-year old transgender seasonal firefighter with BLM/Inyo National Forest wants to make a career out of fighting blazes, something that wasn’t originally in his plans.

Born in Okinawa, Japan, into a military family, Disparte is the youngest of eight children and lives in Palmdale during his off-season. This 24-year-old transgender wildland firefighter didn’t consider a career in fire until he attended Antelope Valley College where he completed Los Angeles County’s structure fire academy.

“I do want firefighting to be a long-term career, whether it’s in wildland like I am right now or structure,” Disparte said.

His career goal is to keep moving up and learning about every aspect of fire that he can. He looks up to, and admires people, who are willing to teach and give back to the fire community and help those that are trying to get into the fire world.

Disparte transitioned between his first and second year as a firefighter, and said, “As I got older, I got stronger. The more I came out, the more I got stronger and the more people supported me, like two of my sisters,” Disparte said. “And now my fire family.”

From "Gender Diversity on the Fire Line" for High Country News. 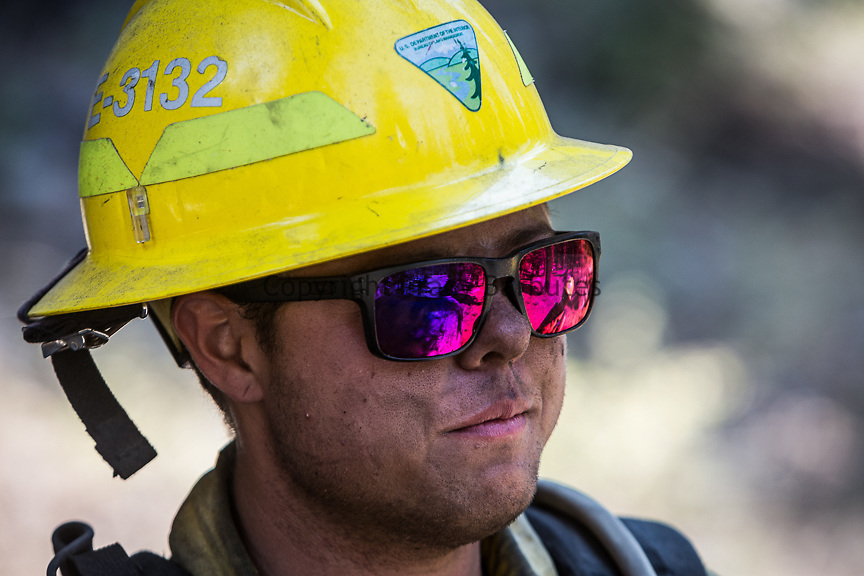