Teri Raphael holds an umbrella for Jessica Morse (center) as Morse speaks with a few of the approximately 50-60 protesters at the Truckee Tahoe Airport in Truckee, California, on Tuesday, August 22, 2017. The constituents/protestors wait for California's 4th district Congressman, Tom McClintock to arrive for a private Contractors Association of Truckee Tahoe (CATT) meeting.

Morse has launched a congressional campaign against McClintock. Morse said, "I am here to listen, understand, and represent folks in this district. They don't need to shout to be heard by me."

According to several local-area protesters in attendance, they've been requesting a town hall meeting with McClintock for approximately two years without luck. Protester Paco Lindsay said that their protest was "in no way a reflection at all on CATT." 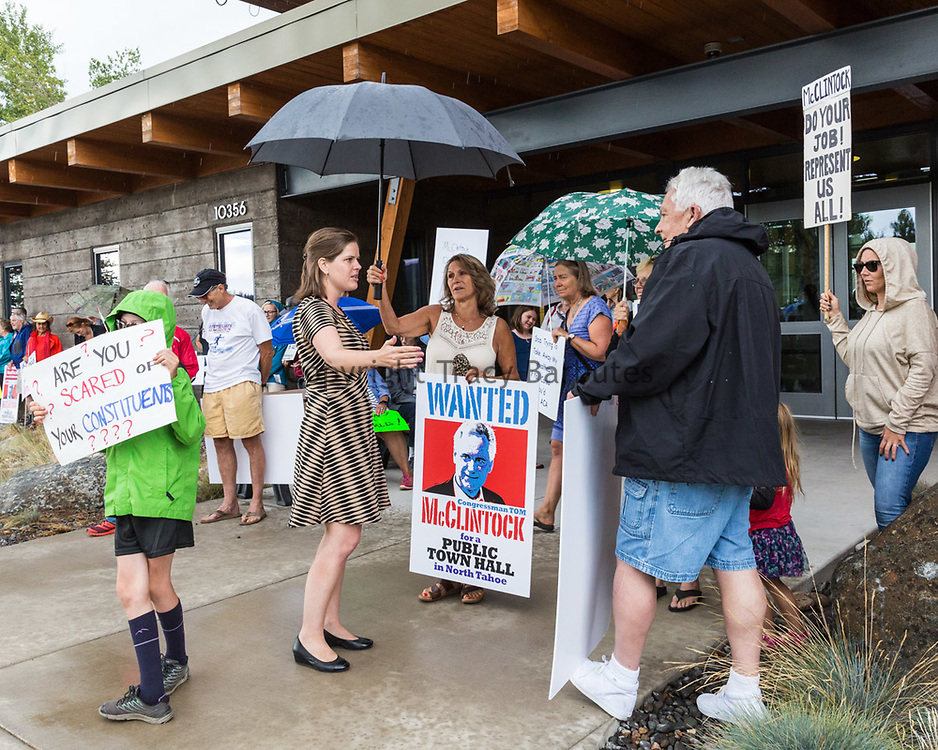