BRIAN CUSTARD, an Aramark employee from New Braunfels, Texas, prepares for a backcountry hike on Thursday afternoon, July 26, 2018. This is Custard's fifth trip to Yosemite and his first season as a concession employee. He plans to take advantage of his furlough by hiking up to the park's high country, which remains open to visitors. Yosemite Valley closed at noon yesterday to all visitors due to poor air quality and safety concerns. Firefighting personnel and equipment are traveling through the park, as well as along adjacent roads due to the Ferguson Fire burning near the park's El Portal entrance. Many park and concession employees and campground hosts remain in Yosemite Valley in Yosemite National Park, California, during the valley closure. 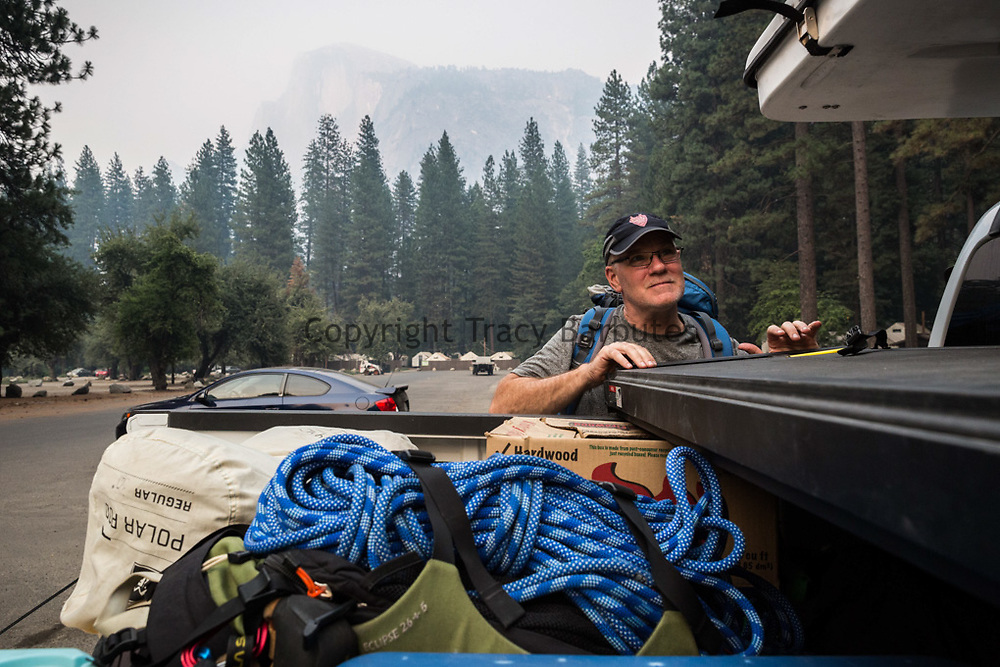