Joanna Savage speaks with U.S. Rep. Tom McClintock in a town hall meeting Wednesday, February 22, 2017, at Sonora High School auditorium. Sonora City Councilman, Mark Plummer (l), listens. The auditorium was filled to capacity (569), with additional citizens waiting in the rain to enter the building. McClintock agreed to hold two one-hour question and answer sessions, so that everyone would have a turn to participate. According to a school administrator, people began arriving at the auditorium about 2:00 pm. 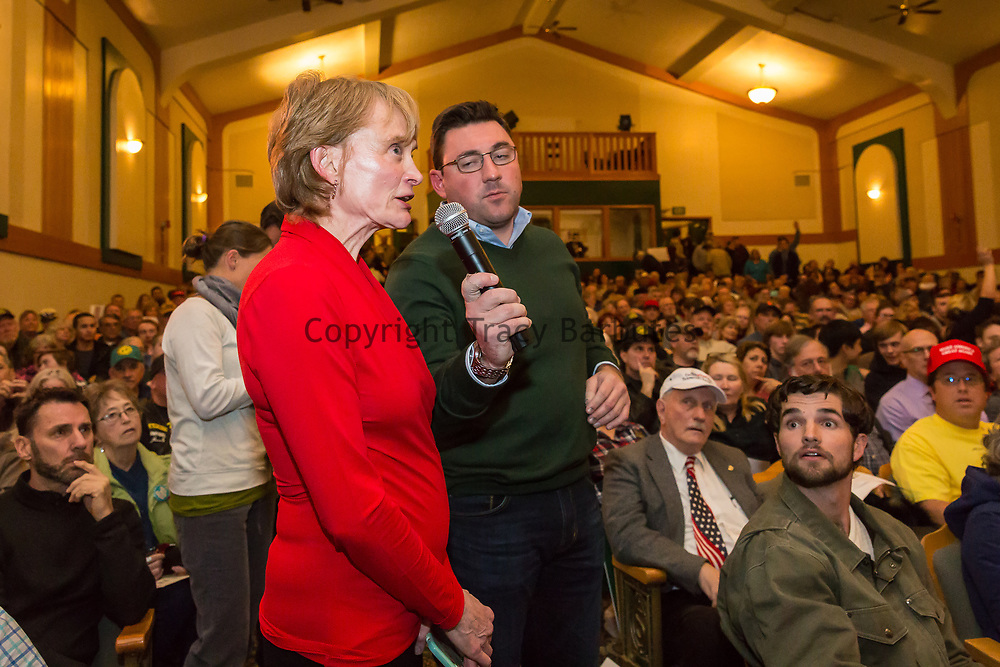